Sticks’n’Sushi opened in 1996 as one of the first restaurants in Denmark which specialised in sushi and yakitori sticks served in a modern setting. Sticks’n’Sushi is a popular sushi restaurant with a respect for the local environment and its history. Today, the company has 950 employees and 12 restaurants in Greater Copenhagen, 5 in the United Kingdom and one in Berlin.

Sticks’n’Sushi’s success in Denmark meant that the restaurant chain had expanded into the United Kingdom, where the interest from restaurant-goers abroad was only confirmed. Therefore, the next step for Sticks’n’Sushi was to open their first restaurant in Berlin, Germany. Sticks’n’Sushi was created by Danes, and therefore they have an ongoing requirement for translating their menus and marketing material from Danish to German.

Sticks’n’Sushi’s requirement for translation meant that they got in touch with Diction. We quickly put together a team of translators who had an insight into the world of gastronomy. This was to ensure that everything was translated and formulated in a correct way in German, and also in a way that precisely described the gastronomical content. Sticks’n’Sushi’s marketing material and menus were ready to introduce the restaurant-goers of Berlin to the exclusive food universe of Sticks’n’Sushi in no time at all.

Diction has a great deal of experience in translating texts for private businesses, the public sector and for private individuals. Therefore, we choose the translator accordingly, so they fit the client’s background. Our translators all specialise in a particular field, which greatly affects the terminology in the text, and thus will help to convey the message as clearly as possible. 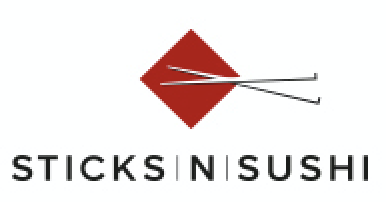